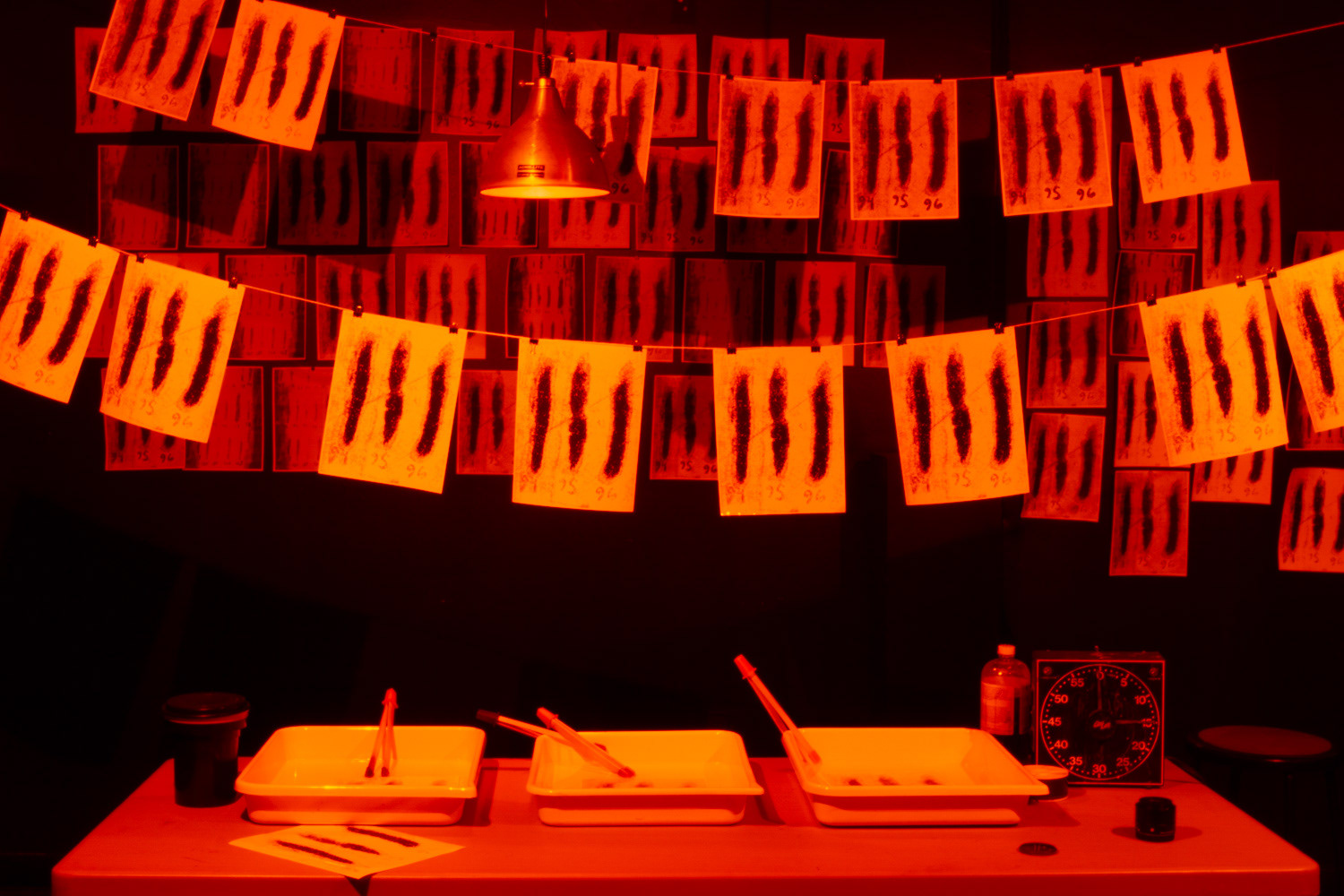 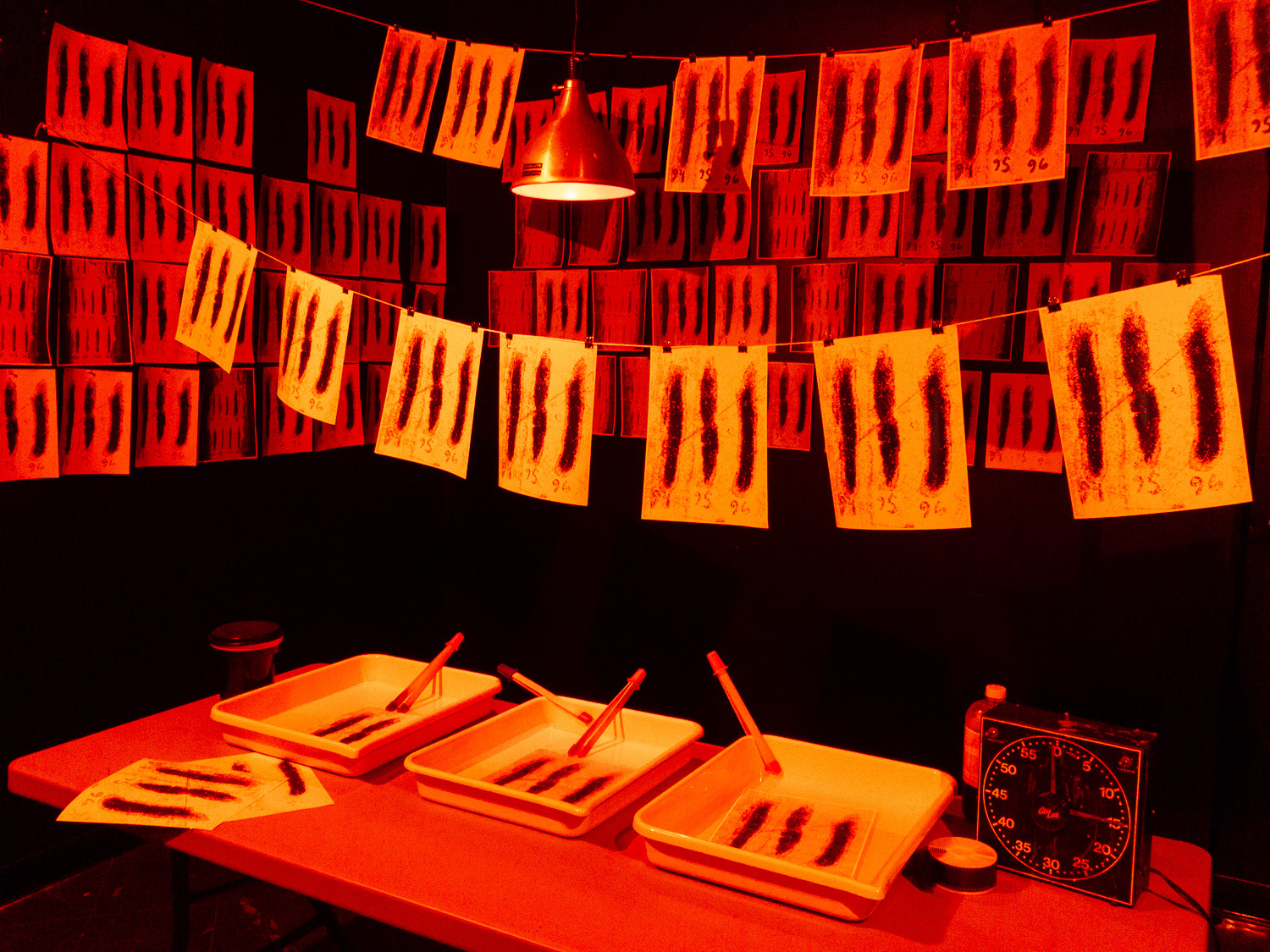 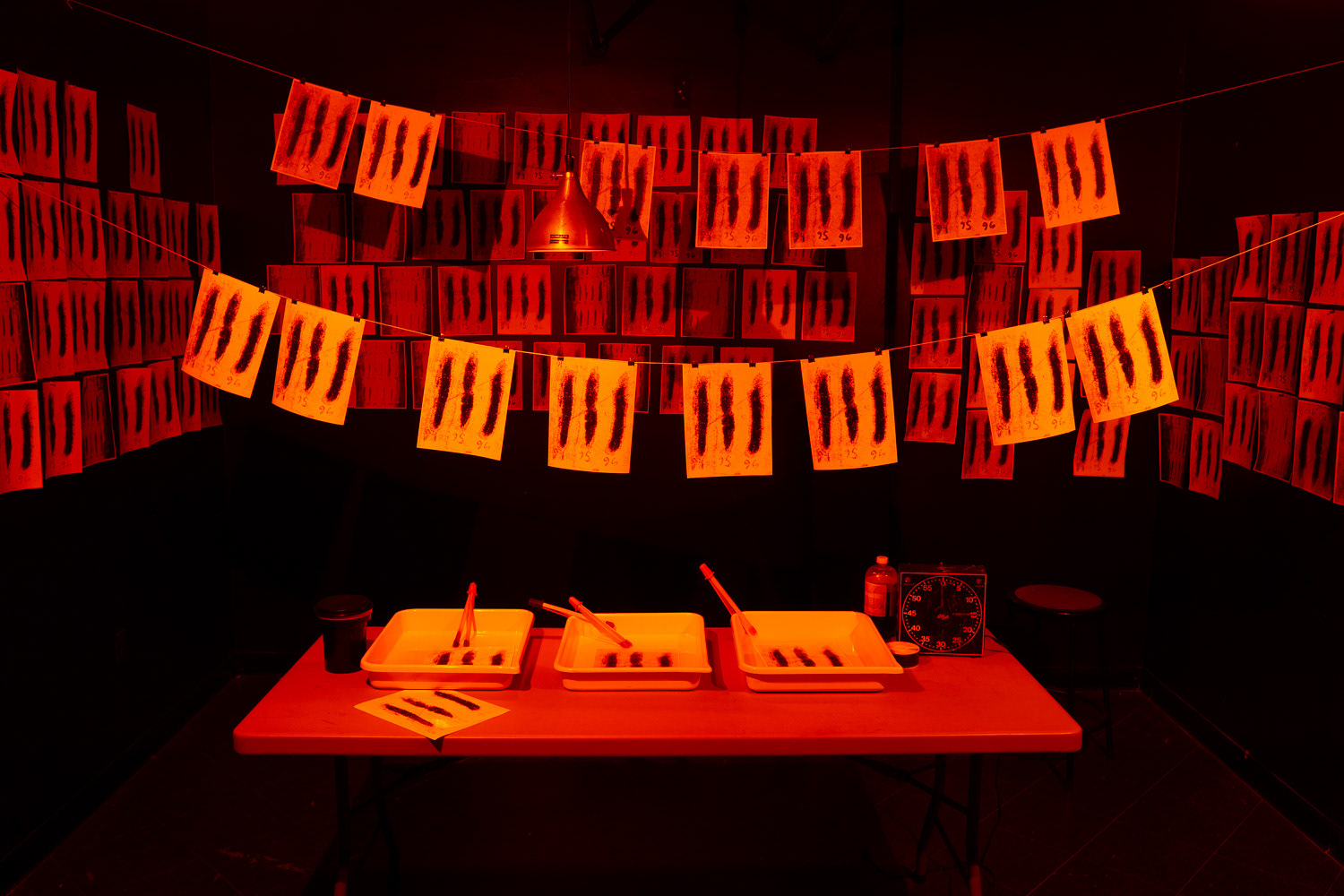 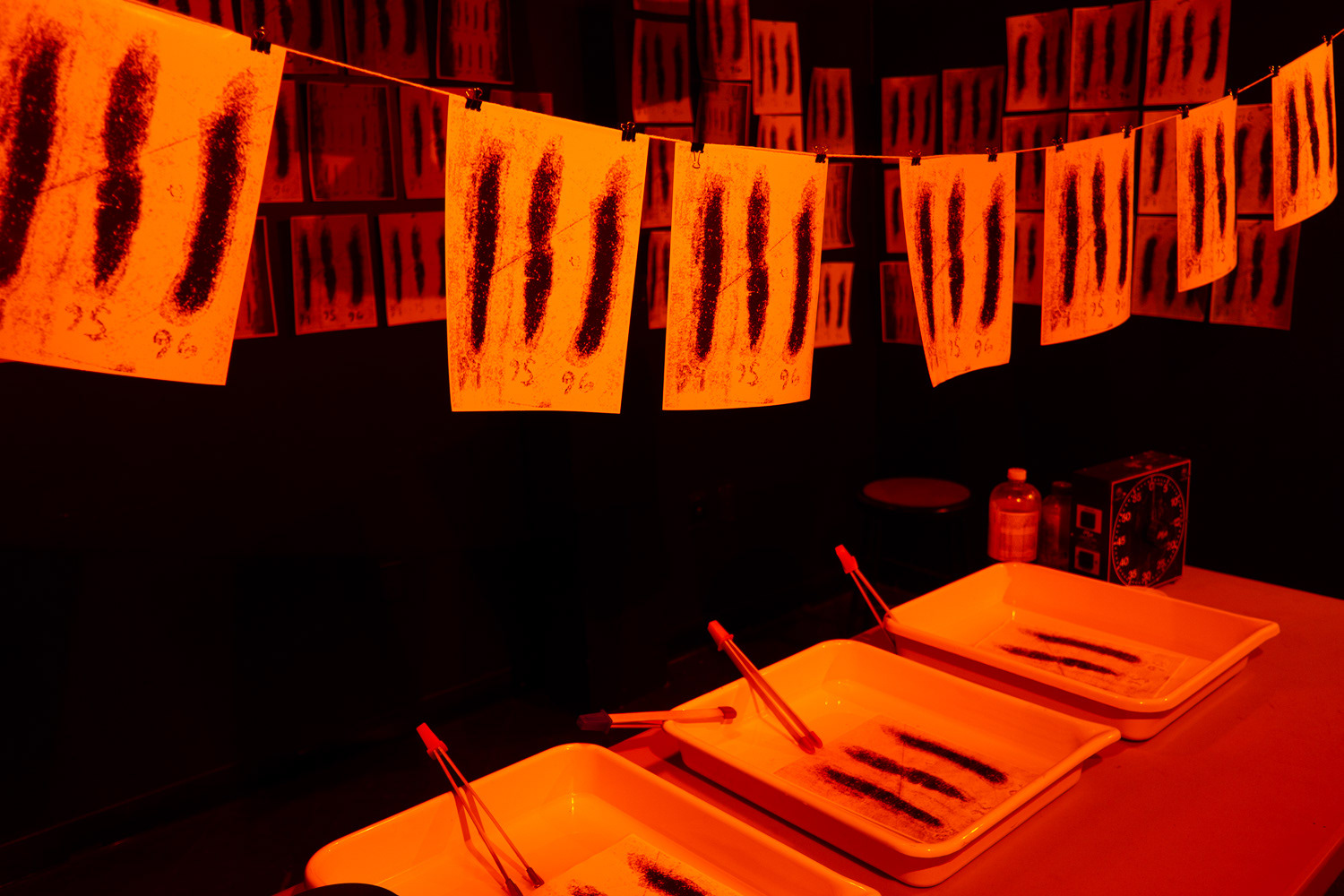 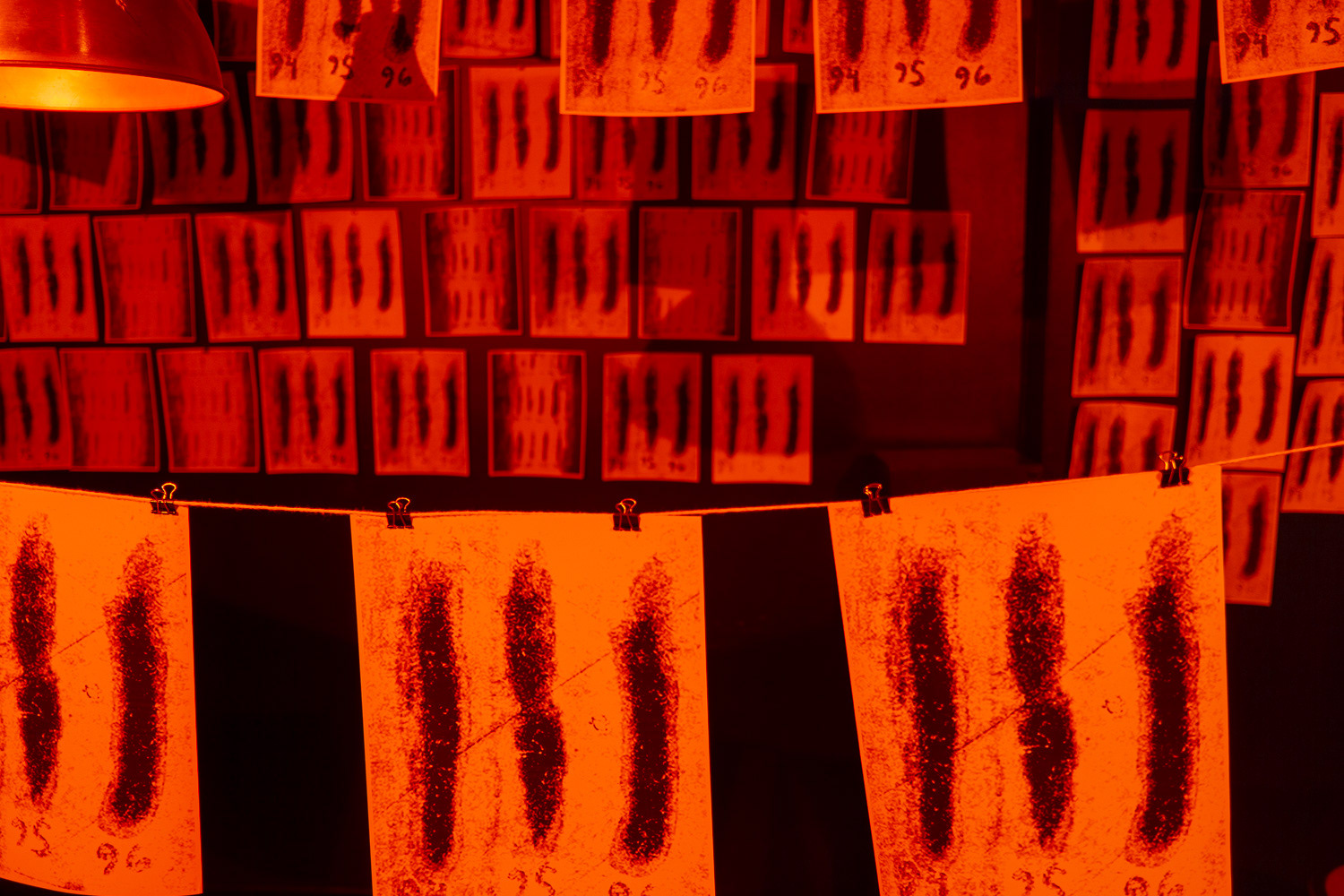 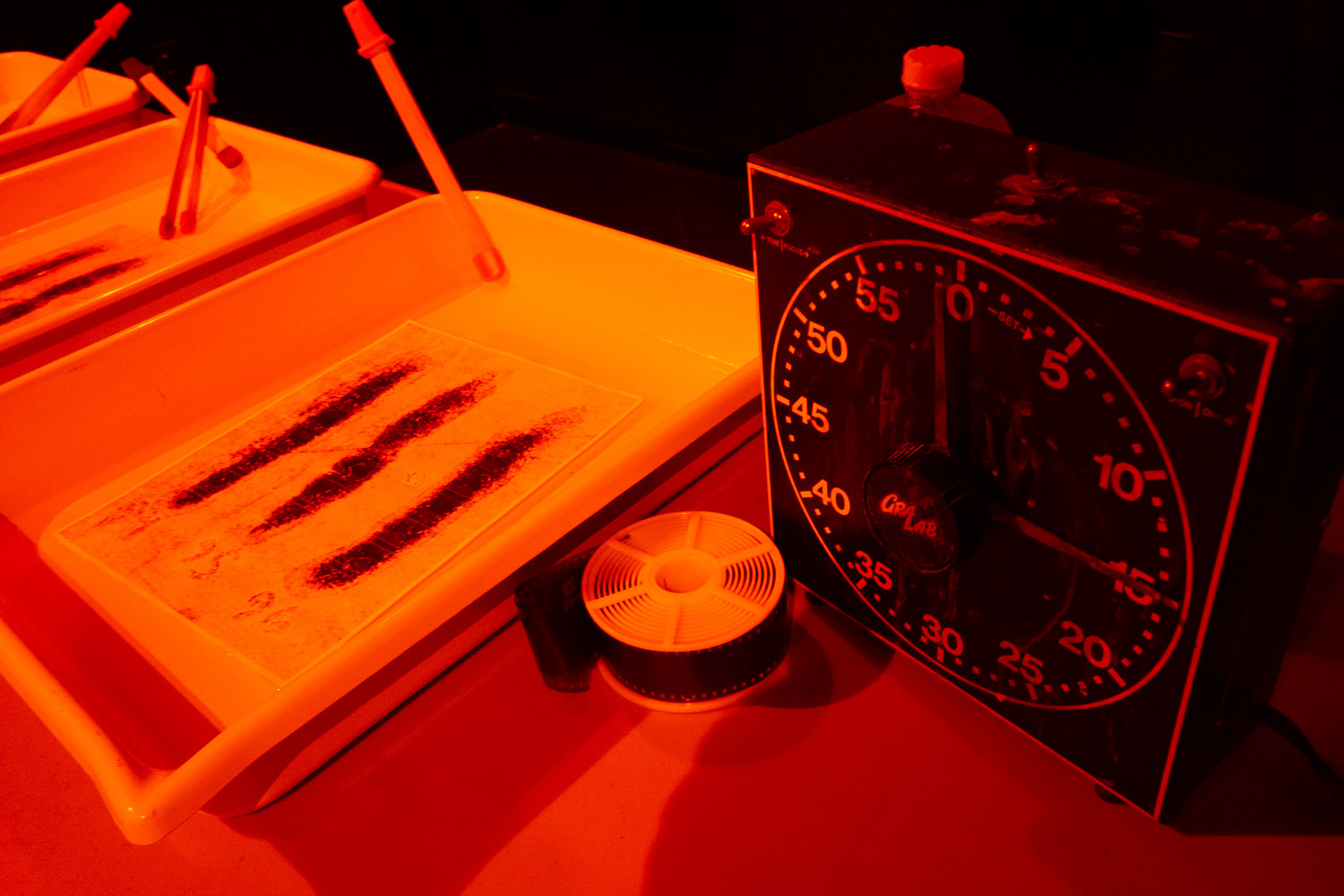 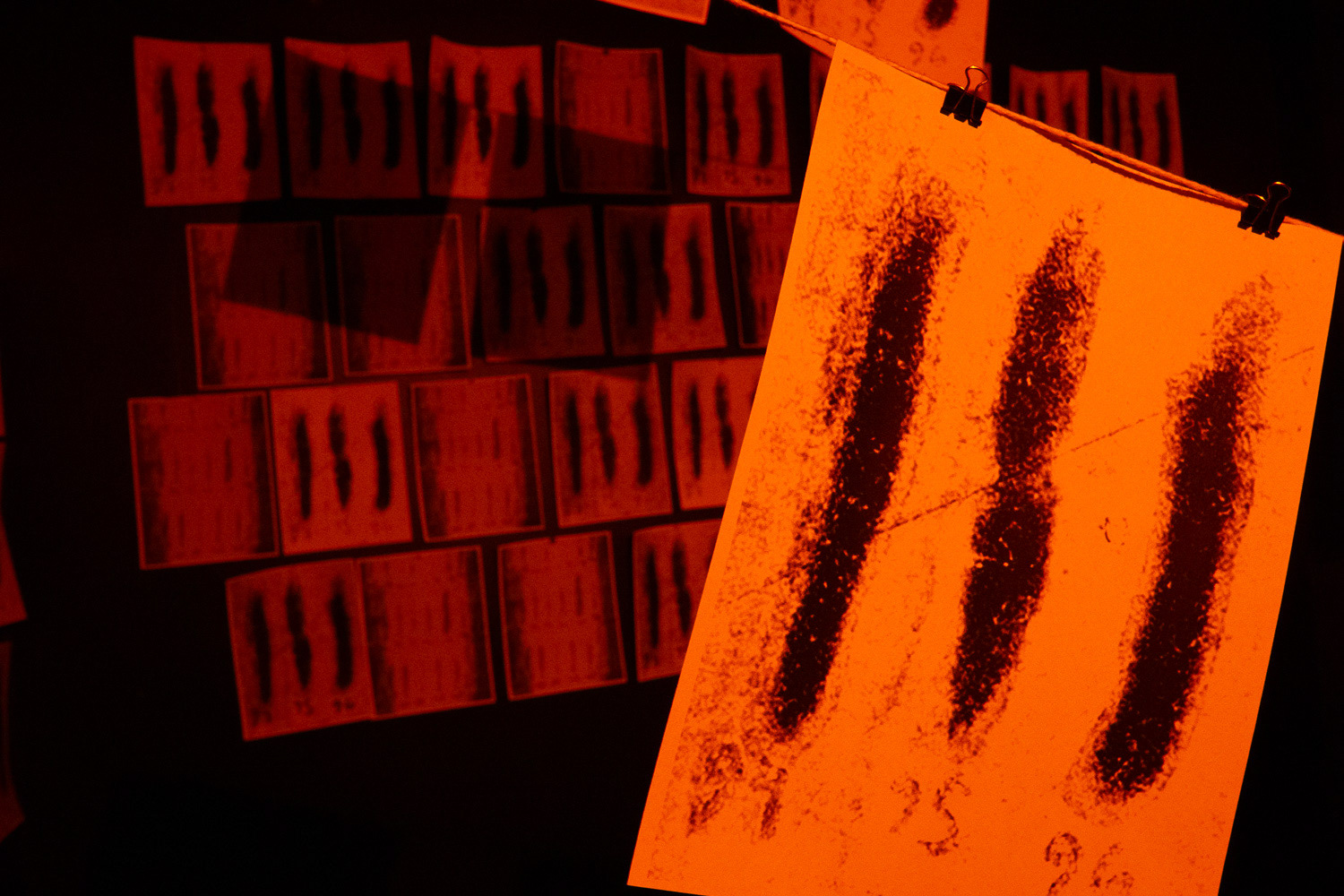 From the project proposal: "In a metaphorical attempt to record one’s self, I propose assembling a photographic darkroom scenario where every print and negative within is replaced with one image of 8 marks (two rows of four and four). This would be arranged in a similar manner as the darkroom in Michelangelo Antonioni's 1965 film, Blow Up. The main character, played by David Hemmings, lives a debauched but meaningless life as a professional photographer, but is left empty and searching for meaning in his life. His only time of true purpose is while he is working in his darkroom. When David accidentally photographs a murder, the film converts to the protagonist finding answers of a different kind, which also provides his life with another purpose (survival). I would hope the viewer, who might not recognize this reference, would be impressed with a feeling of unease and sense of the uncanny, where every single image found in the space would be of exactly the same, banal and generic configuration."